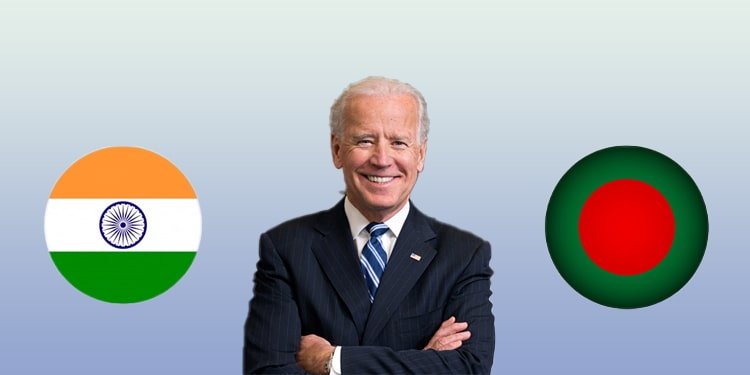 As Joe Biden is still under the transition phase before taking over as the 46th President of the US with his formal inauguration in January 2021, most of the commentators and policy analysts in India are of the view that there is unlikely to be a drastic change in the trajectory of Indo-U.S. relationship which is bolstered by bipartisan support in Washington.

It is the same for neighbouring Bangladesh with both New Delhi and Dhaka can look forward to see the return of focus on climate change and multilateralism under the Biden presidency.

A familiar figure in India as he had served as Vice President in President Barack Obama’s two-term tenure, Joe Biden had played a lead role in deepening strategic engagement, people to people ties and collaboration with India on global challenges.

Recalling his words of 2006, three years before he became Vice President, M. Shakeel Ahmed, a foreign affairs commentator, said that Biden had announced his vision for the future of US-India relations and stated that his dream was that in 2020 the two closest nations in the world will be India and the United States. Biden can certainly realize his dream during his presidency and deliver on his belief that India and the U.S. are natural partners.

With regard to China with whom India is witnessing deepening of border tensions in Eastern Ladakh since May, Team Biden is divided in its approach towards Beijing. “This could have implications for US-India ties. Some of his advisers have taken a hard stand against China while others say it is difficult to disentangle the US and Chinese economies,’’ said Ahmed.

In the opinion of C. Uday Bhaskar, who heads the Society for Policy Studies (SPS), Biden is familiar with the essential continuity in the India-US bilateral relationship. “Hence the road map for the next four years with Biden at the helm will, in all likelihood, strengthen ties in those sectors where progress was made (defence cooperation) on the Trump watch and repair the damage done in areas such as trade where restoring the Generalized System of Preferences (GSP) would enable Indian exports,’’ he said in an editorial page article on Tuesday in The Hindustan Times.

The Biden presidency offers the hope that the US commitment to multilateralism will be back on track and here there are many areas where Delhi could be a relevant stakeholder in global load sharing. Biden has promised to bring the US back into the World Health Organization (WHO) fold and focused on the need to give this challenge the highest priority in relation to the raging Covid-19 pandemic, added Uday Bhaskar.

The strategic expert, however, said it the Biden team’s way of framing the China challenge to Indian sovereignty in relation to abiding US interest which will be al critical indication for the Prime Minister Narendra Modi’s government.

For India, there are two foreign policy issues which are of great concern and interest – China and Iran in that order. “For the world, the equation between the United States and China may be the relationship of the greatest consequence. For India, the most consequential relationship is not with the US – as is sometimes claimed – but with China,’’ said Chinmaya R. Gharekhan, a former Indian Ambassador to the United Nations, in an article on Tuesday in The Hindu newspaper.

India is not high on the Biden-Harris list of priorities, which is topped by dealing with COVID-19, healing domestic divides, reviving the U.S. economy, repairing ties with Europe, evolving a calibrated China policy, rejoining multilateral initiatives such as on climate change, reinstating the Obama-era Iran policy and furthering peacemaking in Afghanistan, says Radha Kumar, a policy analyst and writer, in an edit page write-up in The Hindu.

The case is same for Bangladesh which has played a balanced diplomacy with China. India and the US, analysts said in Dhaka.

Radha Kumar felt that commentators are right in saying that there will be no more free passes for Prime Minister Narendra Modi administration on human rights, in particular the targeting of Muslims, Islam and Kashmir. She noted that U.S.-India ties had really displayed strength during the President Obama-Prime Minister Manmohan Singh administrations.

At that moment, India was no longer a potential ally for the U.S.; it was an ally, she said adding that Biden win is more about whether it can re-energise India’s democratic values.

With Bangladesh increasingly becoming a regional actor, US-India relations will have influence in its policies too, but Dhaka can hope for better ties as Democrats have traditionally been its natural friend since the 1971 Bangladesh war.