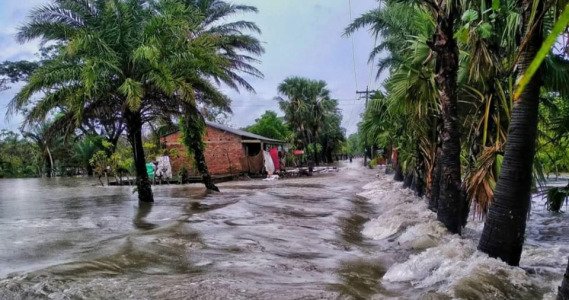 Natural calamities are not uncommon in Bangladesh, but when it comes one after the other it makes the life of the affected people miserable and seriously damages the rural economy. Satkhira district is one with which nature has been very cruel.

A massive cyclone Amphan ravaged the district few months ago and it has been repeatedly flooded, the latest one is blamed on weak or old dams that have been washed away by gushing water amid monsoon rains.

So far flood caused around Taka 250 million loss to fish farmers of the district and adjacent ones.

Shatkira’s Shyamnagar and Assasuni upazilas were flooded this time when suddenly river water burst their banks breaching a major embankment at high tide.

The water has washed away crops, fish enclosures and many homes were flooded or washed away.

Indeed our people are very resilient and courageous which helps them to turn around, but the question is how much more can they take.

It is time for the concerned authorities to give the district top priority to keep it free from flooding by immediately fixing or making quality embankments last for decades. It is unacceptable that a calamity that is preventable by putting up strong embankments is making the lives of the people of Satkhira miserable.

We appeal to stand by the district’s people and without wasting any time urgent measures be taken to save them from such flooding in the future.

May God help the people of Satkhira.