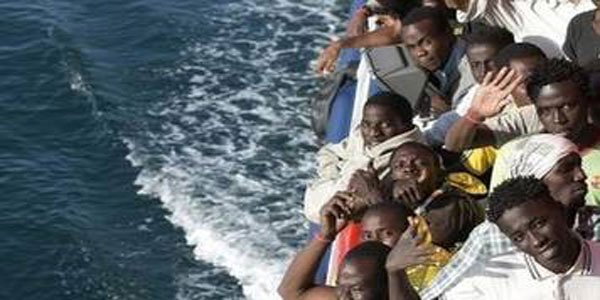 International desk – At least 52 bodies were recovered from the port city of Rosetta in Egypt as hundreds of people might have drowned in a boat capsize, BBC reported on Friday.

The boat was carrying between 450 and 600 migrants when it capsized 12 kilometers off the coast, officials said without confirming the exact number of migrants.

Authorities say they have rescued 163 people and recovered 51 bodies so far off the port city of Rosetta.

They are suspected of involuntary manslaughter and human trafficking, judicial officials were reported as saying.

The incident came after the EU’s border agency warned that increasing numbers of Europe-bound migrants are using Egypt as a departure point.

The UN says that more than 10,000 people have died crossing the Mediterranean towards Europe since 2014.

The boat was kept off the coast for five days as more and more migrants were brought on board, survivors told the BBC.

The boat is said to have capsized after a final group of some 150 people were crammed on board.

Authorities have been accused of failing to send help fast enough.

“Anyone who was saved here, was saved by the local fishing boats,” fisherman Abdelrahman Al-Mohamady told a news agency.

The International Organization for Migration said those rescued included 111 Egyptians, 26 Sudanese, 13 Eritreans, a Syrian and an Ethiopian. Many survivors are now being held in police custody.

Rescuers are focusing their efforts on the boat’s cold storage room, where it is believed around 100 people took refuge during the capsize.

There is still uncertainty over the exact number of migrants who were on board the vessel before it capsized, with estimates between 450 and 600.

The number of deaths is feared to rise.

Some teenage Egyptian survivors, huddled together in the basement of a police station, said they were trying to reach Italy to find work.

The Egypt office of the International Organization for Migration (IOM) say high birth rates and few job opportunities are pushing young Egyptians into taking the risk of a dangerous sea voyage.

Authorities say Egyptians in police custody will soon be released but foreign nationals will be held for a few days for questioning as to how they entered the country.

EU border agency Frontex says more than 12,000 migrants arrived in Italy from Egypt between January and September, compared with 7,000 over the same period in 2015.