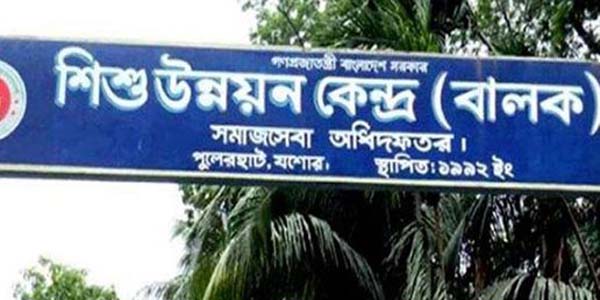 Five officials of a Juvenile Correction Centre in Bangladesh’s Jessore district were remanded in custody Saturday for the murder of three teen-aged inmates, who were allegedly beaten to death, local police said.

The five were arrested after separate cases were lodged by the family of the victims on Friday, a day after the killings. Eighteen other inmates were also wounded after they were beat by iron rods and sticks over a trifle issue of having their hair cut, police said.

TV reports showed the 18 being treated on a hospital for serious injuries where they were rushed from the Juvenile Correctional Centre in Jessore and police launched a probe into the incident.

The first case was lodged with Kotwali Police Station by Roka Miah, father of Parvez Hasan Rabbi, who was among the three killed in the incident which the inmates blamed on the staffs of the Centre.

Local police said by telephone that Roka Mia did not name anyone in his case papers and an probe into the incident was underway.

Two probe committees have been formed and the caretaker of the centre, Abdullah Al Masud, was suspended over the incident.

Roka Miah accused the centre staffs for torturing and killing his son, saying “I want justice.”

The families of the two other dead youths wailed outside the police station. “My boy was sent here to become good leaving his wrong ways, but it seems the staff members of the centre are themselves criminals,” one of the wailing mother screamed.

The officials denied the allegations saying they only tried to break-up a fight between two groups of inmates.

According to the authorities of the correctional centre, a clash at the Juvenile Correction Centre in Jessore left Parvez Hasan Rabbi, 18, Rasel alias Sujon, 18 and Nayeem Hossain, 17 dead.