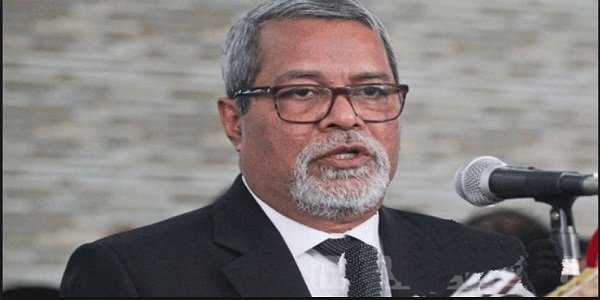 Dhaka – An atmosphere conducive for competitive election has been created ahead of the next month’s parliamentary election across Bangladesh, the chief election commissioner of the politically volatile South Asian country said on Thursday.

KM Nurul Huda, head of the election commission, viewed none of the contestants violated the election code of conduct during the nomination submission as a total of 3,079 aspirants filed candidacy for the vote slated for December 30.

“We hope for a participatory election as the overall environment has been created for that,” he said.

Huda made the comment while addressing a training session for the election officials in Dhaka. He said there was no motorcade or showdown when the candidates filed their candidacy.

The commission will announced the final list of candidates after the last date of withdrawal of the candidature on December 9.

Major opposition alliance led by Bangladesh Nationalist Party, which boycotted the 2014 general election, has given more than one candidates for most of the 300 parliamentary seats.

It was presumed that the alliance would not take part in the election if its jailed chairperson Khaleda Zia, who was convicted and sentenced in two graft cases, is not released ahead of the election. Now the party says it joined the election to ensure her freedom.

The party and its allies, however, have been claiming that there was a lack of atmosphere for conducting a participatory election as they alleged the ruling Awami League-led coalition of Prime Minister Sheikh Hasina has been getting much privilege than that of the opposition.

But CEC Huda, who earlier directed the election officials for measures if there is any case of violation of election code of conduct, refuted those allegations saying that influential candidates visited the office of the returning officers and submitted their papers in a discipline manner.

He said that the people’s expectation for an atmosphere has been created.

“I believe we have created an environment where it is expected that those contesting the election will abide by the code of conduct and those election officials working in the field will cooperate them,” he said.

The CEC also alerted the election officials, especially who are deployed at the field levels, to ensure the atmosphere.