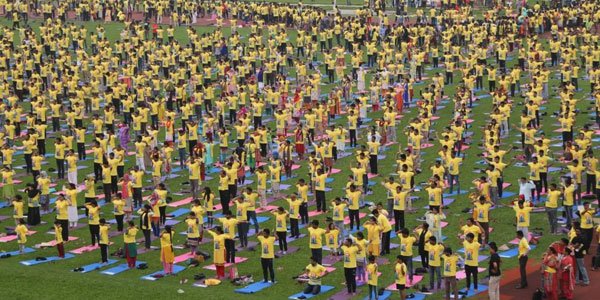 Dhaka – Several thousand men and women joined an open session for Yoga in Bangladeshi capital Dhaka to mark the International Day of Yoga on Wednesday.

The event organized by Indian High Commission in Dhaka centrally at Bangabandhu Stadium where enthusiastic people from different parts of the city listened to lectures and did their yoga exercise at early in the morning.

Indian High Commission in a press statement said about 5,000 people joined with full enthusiasm in the IDY 2017. 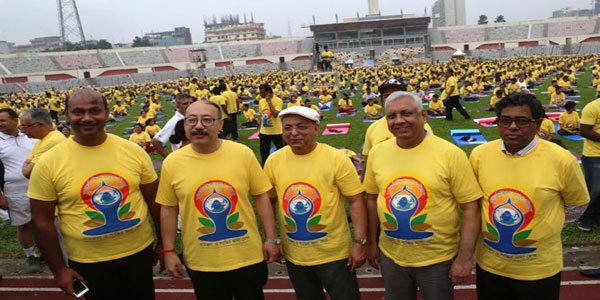 Speaker of Bangladesh parliament Shirin Sharmin Chaudhury was present as chief guest while State Minister for Sports and Youth Biren Sikder was the special guest at the event.

The programme began with the screening of video message of Indian Prime Minister Narendra Modi.

A new yoga app on Common Yoga Protocol was released along with a special edition of Bharat Bichitra on Yoga, published by High Commission of India.

It was followed by demonstration of asanas by Indian and Bangladeshi Yoga gurus. At the end everyone in the stadium performed the Common Yoga Protocol.

Similar events were also organized by the Assistant High Commissions of India in Rajshahi and Chittagong. Various other Yoga organizations and Institutes are also organizing separate programmes to mark the IDY event, according to the release.