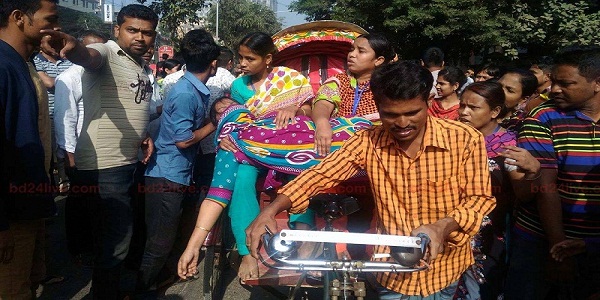 Dhaka – Several thousand workers of a garment factory blocked a major thoroughfare in Dhaka’s Mirpur neighbourhood Monday after they found the apparel unit is shut without notice, the workers said.

Police fired teargas and rubber bullets to disperse the demonstration began in the morning, but the workers regrouped to stay on the street to realize a seven-point demand including compensation, salaries and other allowances.

“We will remain on the street until our demands are not fulfilled,” Sirajul Islam Rony, a worker of Riazul Apparels Limited, told the gathering at Mirpur Section 2.

The factory has nearly 2,000 workers, but the employee shut the unit without serving any notice to them, said one worker.